Putting the for in form

‘God, or some such artist as resourceful, / Began to sort it out. / Land here, sky there, / And sea there’ is how Ovid, metamorphosing into Ted Hughes, saw the start of all things. Before that? ‘Everything fluid or vapour, form formless. / Each thing hostile / To every other thing’. Not that fluid or vapour isn’t form too; it’s the hostility that Hughes highlights: ‘at every point / Hot fought cold, moist dry, soft hard, and the weightless / Resisted weight.’ Until, that is, God, or some such artist, starts throwing weight around.

Form from the Latin forma, meaning shape. Shape, a mould; something that holds or shapes; a species or kind; a pattern or type; a way of being; order, regularity, system. It once meant beauty but now that particular meaning’s obsolete. It means style and arrangement, structural unity in music, literature, painting etc; ceremony; behaviour; condition of fitness or efficiency. It means the inherent nature of an object, that in which the essence of a thing consists. It means a long seat, or a bench, or a school class, and also the shape a hare makes in the grass with his body for a bed. It’s versatile. It holds us, it moulds us, it identifies us, it shows us how to be, it gives us a blueprint in life and art, it’s about essentiality, and several of us can sit on it at once. It can mean a criminal record and it can mean correctness of procedure, both at once. Form can be right and it can be wrong. And this is Thom Gunn, talking of Yvor Winters, on the uses of the poetic form: ‘poetry was an instrument for exploring the truth of things, as far as human beings can explore it, and it can do so with a greater verbal exactitude than prose can manage.’

Why? Why can’t prose ‘manage’ this ‘greater verbal exactitude’? Simply because we don’t allocate to prose the lingual attention, the aura, the essentiality, that we do to poetry? Because we want the forms to be different? Form is a matter of clear rules and unspoken understandings, then. It’s a matter of need and expectation. It’s also a matter of breaking rules, of dialogue, crossover between forms. Through such dialogue and argument, form, the shaper and moulder, acts like the other thing called mould, endlessly breeding forms from forms.

ART FORMES writes, publishes and curates. Above all else, we are a community — of writers, artists and photographers. 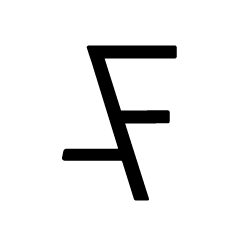